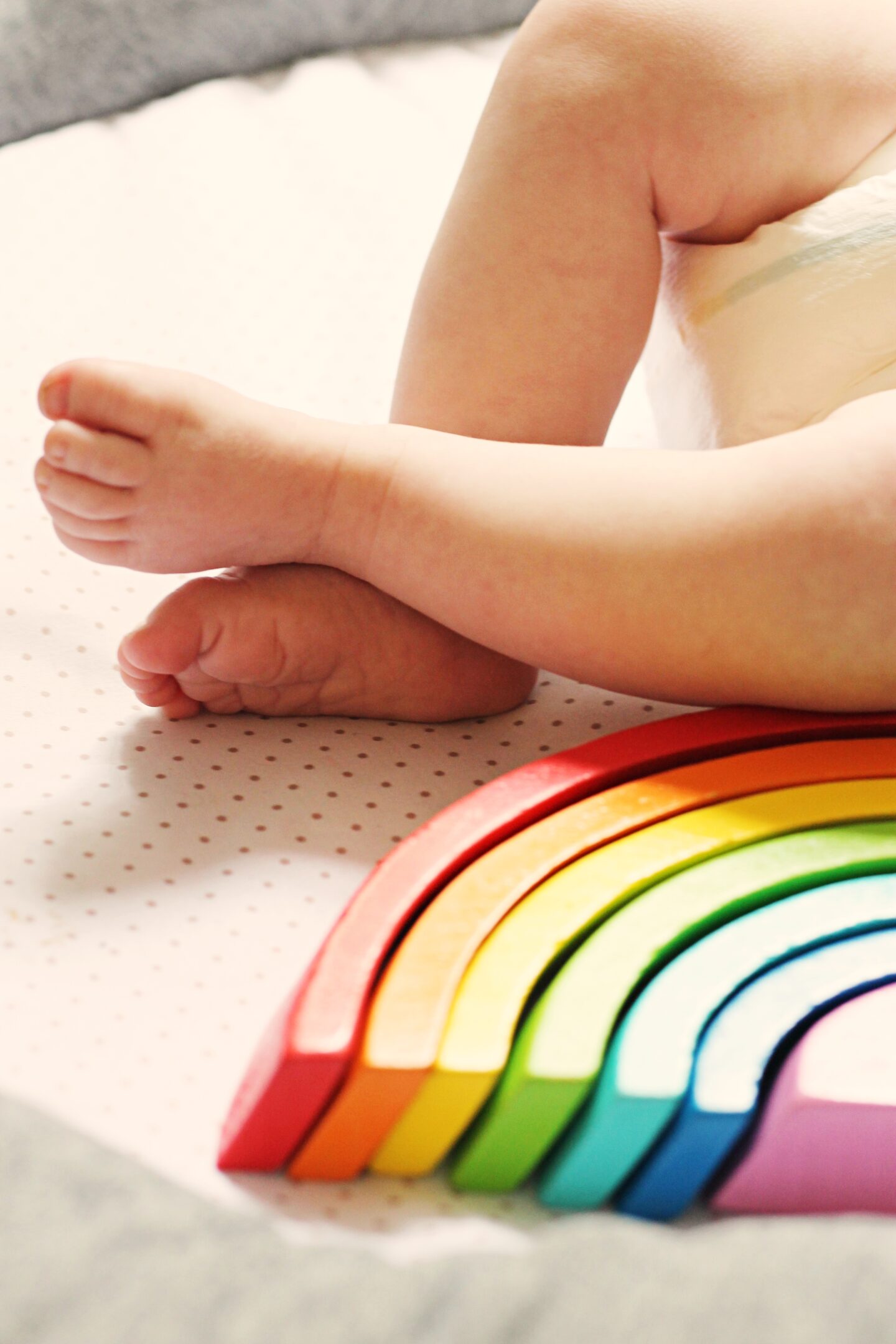 When it comes to buying things for your first baby it is all trial and error. You get sucked into buying products that everyone raves about and then end up never using them because your baby thinks they are the devil reincarnate. So when it came to my second pregnancy and planning what we would buy, I felt more like a seasoned pro rather than a flailing fish out of water. So I thought i’d share my baby essentials for the first 3 months but obviously every baby is different so don’t take my word as gospel and all that jazz.

I didn’t bother with one of these for Teddy as we couldn’t justify the price tag but Teddy was a horrific sleeper, horrible so when it came to baby number two, I knew I wanted to invest in one of these from birth as SO many people recommend it. Luckily we were bought one as a new baby gift from Aaron’s sisters. I don’t know if it is a coincidence or what but Oliver sleeps a lot better than Teddy did!

When he was tiny we used to put it on the sofa and he loved his naps in there during the day. Teddy never slept anywhere other than our bed or on our chests for the first 10 months of his life so this has been a whole other experience.

Fucking GAME changers. Caught short in the rain? grab a muslin. Worried about exposing a little too much titty whilst breastfeeding in public? muslin! Baby vommed all that breastmilk up they spent 3 hours getting? MUSLIN.

We also used these to swaddle Oliver in the first month of his life as he loved being snuggled really tight. He didn’t actually like his arms being swaddled so we always left those out but i’m presuming it just felt like a giant hug, and he loved it! We were bought some gorgeous Aden & Anais ones when we had Teddy but never used them because, you guessed it, he hated them.

It’s like a horse tranquiliser for babies. White noise is recommended as it mimics womb sounds and also blocks out any background noise that may wake them.

We’ve used it since the day he was born for naps and bedtime, I genuinely do wonder whether i’ll be able to sleep at night without it once he’s gone into his own room. We do have one of the Gro Company white noise toys but the best thing is a white noise playlist on spotify!

There are so many different noises and sounds but you’ll find one that your baby prefers – Teddy loved the sound of rain and Oliver has taken a liking to brown noise (whatever the fuck that is?) and ocean waves.

We actually bought a cheaper alternative from Smyths as it came highly recommended and I bloody LOVE it. It makes things so much easier. It attaches straight to my side of the bed and has the zip down side so I can stare at his gorgeous face without peering creepily over the side of his crib. He is always right next to me but in his own space. Well, for the first half of the night & then co-sleeping for the WIN.

Again, something I never had with Teddy as I just presumed babies were meant to be put down or snuggled on the sofa for 57 hours a day whilst the house went to shit, but it turns out, there are BABY CARRIERS. Revolutionary. I did try a sling once but it was too much faff and I couldn’t get to grips with it so we opted for a baby carrier – the Baby Bjorn One carrier to be exact and I will sing it’s praises all damn day long.

Babies tend to go through a particularly fussy period in the late afternoon where basically they scream bloody murder and it is more commonly known as witching hour. I have a toddler to feed and a house to TRY and keep on top of tidying so I just put Oliver in the carrier and go about my merry way with both hands free.

We picked up a cheap bouncer from Argos as we didn’t see the point in spending a crap tonne of money on something that will inevitably get shat & puked on.

If money was no object i’d have bought one of those electronic car motion fancy things but alas this bitch is poor. So we went for the next best thing. A basic one that’ll do the job just as well. Oliver naps in this during the day. They are also great for occupying them once they start interacting with the toys on it.

Something I never even thought of buying Teddy was one of the cheap foil blanket things they give to people who run marathons, because apparently they are great for sensory. And what do you know? It actually is!

I picked ours up for dirt cheap on E-bay and Oliver LOVES it. I lie it on his play mat then put him on top and he loves the crinkling sound it makes. It is also great for spicing up tummy time.

& there you have it! My baby essentials for the first 3 months. There is probably more but my kids are slowly killing off all my brain cells so you’ll have to excuse me.