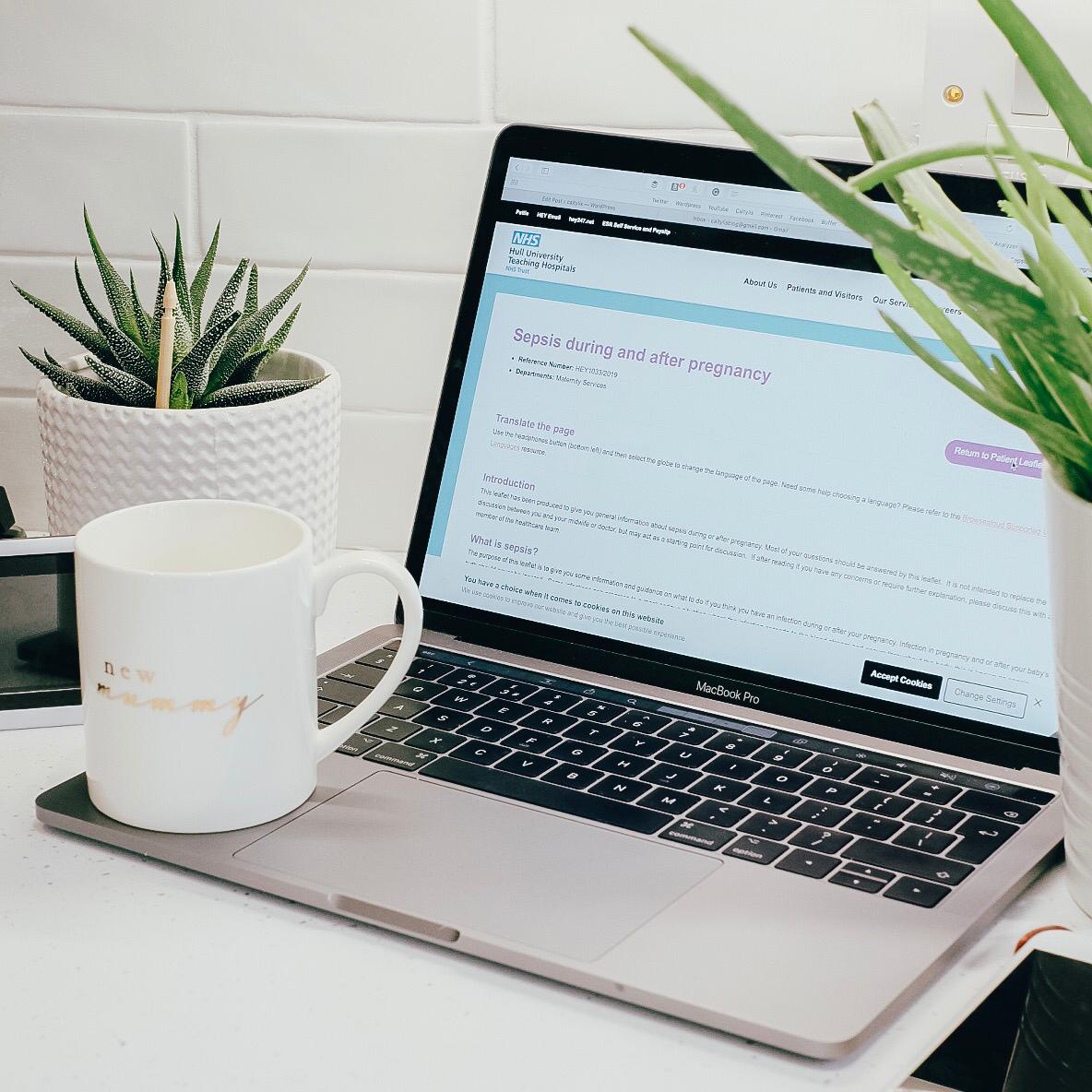 If you read my Birth Story with Theodore then you would have noticed it abruptly ended as soon as he arrived, and that’s because of sepsis. Although the matter of the fact we stayed in the hospital for a whole week. That first week with your baby is supposed to be magical, you’re supposed to be getting to grips with this new way of life, not bound to a hospital bed, not even well enough to care for your child. I was crushed, but I was also on a lot of medication and honestly, that whole week has just turned into one big bad blur.

For a day or two, I wasn’t even sure what was up. Why was I still in there? I knew I really didn’t feel well but since this was the first time, I assumed everyone felt that ill afterwards. Apparently not. I remember seeing graphs and posters around the corridors about Sepsis. I remember glancing at the symptoms and thinking “holy shit that’s me”. It wasn’t until day 3 that they decided to tell me, that it was a lot more serious than feeling a little shitty.

I had Sepsis, a massive infection, and they actually didn’t know where it was stemming from. I was already battling with a chest infection pre-birth, but after birth both my kidneys and liver decided to mess me up. So fighting the source was hard. I was sent for X-rays, ultrasounds and had gallons of blood tests done. I don’t think the doctors were 100% on what was causing it (although now we know that it was most likely my liver) so I was put on a shed load of medication and injections. Then 6 days later I decided to self-discharge myself, taking all my pills and needles with me, I decided it was time the three of us went home.

It wasn’t until the following day at home I realised maybe I shouldn’t have left so abruptly. The Sepsis was making me weak, so weak. After 7 days of hardly eating, throwing up and pissing myself (glamorous I know). I found myself constantly crying because even holding my baby was a struggle.

It wasn’t supposed to be like this I thought. It was all supposed to be okay. You worry so much about having a healthy baby, you never take a second to think about your own health. I think that’s what set me back the most, how unprepared I felt. Becoming ill myself wasn’t even on my list of ‘things that could go wrong’.

We’d already wasted one week of Bradley’s two weeks off in the hospital, and then we only had one week together as a family of three before he zoomed off back to work.

I feared the worst…

I hardly remember anything about our stay in the hospital. But one thing that stands so true in my mind, truer than anything else was how I felt around day 4. One thing that’s etched into my brain, one thing that feels so impossible to describe is the feeling of death upon me. Not “oh I’m so ill I feel like I’m going to die”, but actual death. I don’t think I’ve talked about this to many people, mostly due to the fact I don’t want to upset loved ones. But I truly thought that day was my last.

How much I really loved him. 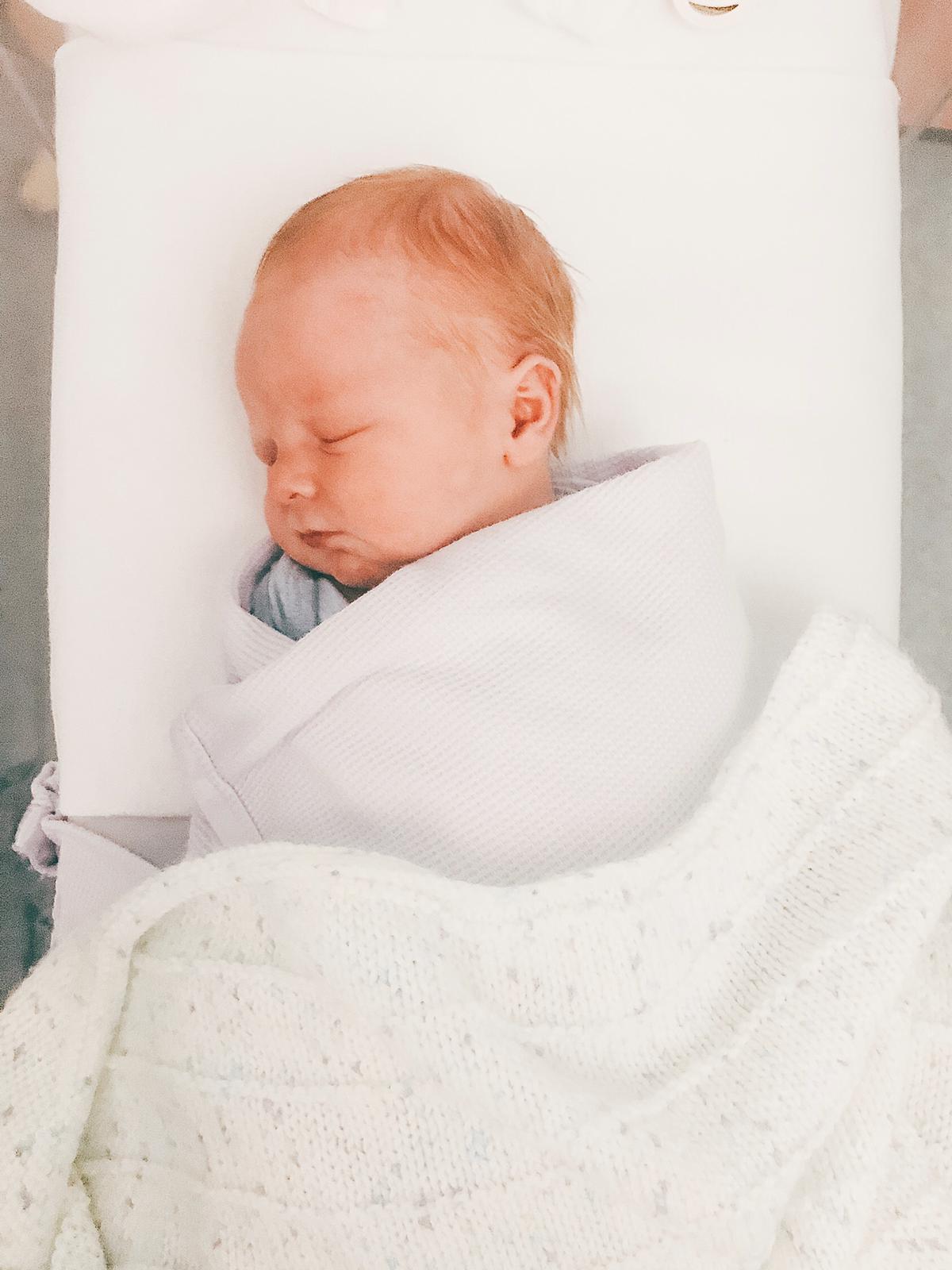 YOU CAN FIND CAITYLIS ON..

If you would like to collaborate with us, please email thatmamaclub@gmail.com