Now we have established wheat in her diet, we were going to start the egg ladder last year and start challenging her to egg. It was important for her to tolerate wheat in her diet first, as the first step of the egg ladder is egg which is baked, so in a scotch pancake for example, which will also contain wheat, so we needed to know that it was definitely the egg she was reacting to. But given the pandemic we put a hold on that for now as we didn’t fancy any potential A&E trips.
What I can say is that Orlaith has been amazing through it all, she is still a very adventurous eater and she handles it so well if we are out and about and she is unable to eat something (normally homemade ice cream or cake!). She has known from a young age what she can and can’t eat and is able to communicate this to other grown ups if we are not around. She has also recently learnt how to spell and read EGG and NUTS so she looks out for this on packets if trying something new (supervised obviously). We are hopeful she will grow out of the egg allergy and when we are brave enough and everything with Covid calms down we still start the nut challenges under consultant’s care.
If I had any tips for allergy parents or parents who suspect their child has an undiagnosed allergy or intolerance, is to firstly document everything. Pictures, food diaries, treatment and what happened after. At hospital appointments they will want to know everything so it’s good to be prepared and be confident in what happened and have the evidence to back it up. We have been told a good few times now that an allergy to beef and lamb is ‘impossible’ and almost laughed at when asked to be tested for it. Secondly, keep persevering with food challenges if it is safe to do so, whilst it obviously not nice to potentially cause distress to your baby, ultimately the more they try the food the more they should be able to tolerate it (of course under the guidance of your consultant).
We are just about to start the weaning process with our second daughter so it will be interesting to see what allergies and any intolerances she may face. But I feel much more prepared this time and will take it very slow and careful to keep track of any skin problems/reactions. And we are so thankful that for Orlaith so far she hasn’t gone into an anaphylactic shock following any reactions. 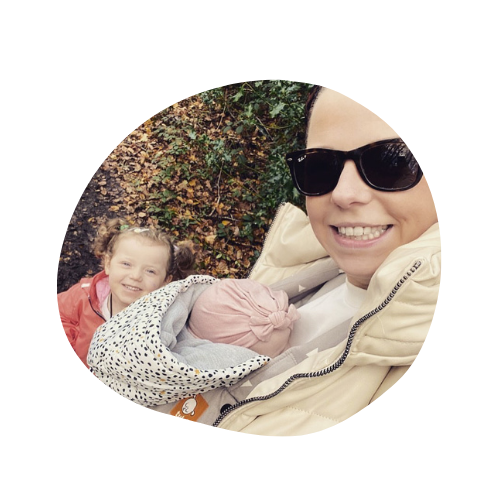 YOU CAN FIND KELLY ON: