Hey everyone! I’m Katie, mum to my 9 month old little munchkin, Hettie. She is an absolute ray of sunshine who was born in May 2020 and I am so grateful that she has kept a smile on my face throughout this lockdown journey.
Before I had Hettie, I was a primary school teacher (and I’m going back next month!) and in my spare time, my all time favourite hobby is performing arts. I absolutely love being on the stage and it was the one thing that would cheer me up without fail!
My journey into the performing arts world began at quite a young age with me starting dance lessons at the age of 3. I started out doing ballet and then I moved into the world of freestyle, disco, Latin American and Ballroom dancing. I lived for a Saturday morning to go to my classes and loved taking my exams to gain the next medal. I was also very lucky to take a dance class with Strictly professionals Erin Boag and Anton Du Beke, and he chose me to dance with: day made! 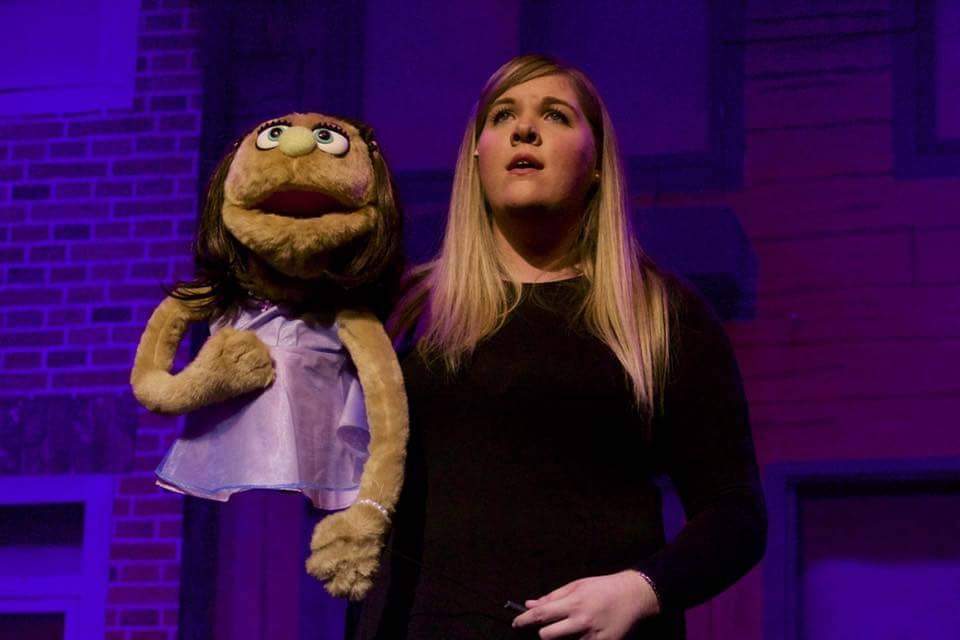 I also performed at Her Majesty’s Theatre in London with my dance troupe and walking backstage, ready to perform, at this West End theatre was just incredible! Whilst doing all of this, I also discovered my voice. I joined the church choir and also had singing lessons. I just loved the rush of performing and the enjoyment it gave the audience who were watching.
At school, I then chose to study drama and music for GCSE and my love for the arts just continued to blossom. I went on tour to Italy with the school Jazz Band and performed in a number of amphitheatres. It was just the most amazing experience. I also ended up performing the lead role in our school musical: Joseph and The Amazing Technicolour Dreamcoat. I was initially the Narrator, but our Joseph was struck down with laryngitis the weekend before the show.
I was the only member of the cast who knew the words and had to jump in last minute! Luckily, we made it through the run without too many hiccups. I was also one of a handful of students selected for a special drama experience and we got to go backstage at Les Misérables in London. We tried on some of the costumes, were taken on a tour of the stage and dressing rooms and were then taken to watch the matinée performance. It’s one of my favourite memories from school and I can still remember the emotion I felt when the curtain fell on the show.
With this inspiration, I moved on to study Performing Arts at the University of Winchester. I joined the performing arts society there and was cast in a number of musicals throughout my time. I was also part of the musical theatre choir and the gospel choir. We performed all over the city and the gospel choir even supported a show with the world-renowned London Community Gospel Choir. I was adding yet more amazing performance memories to the bank and I just soaked up every second. 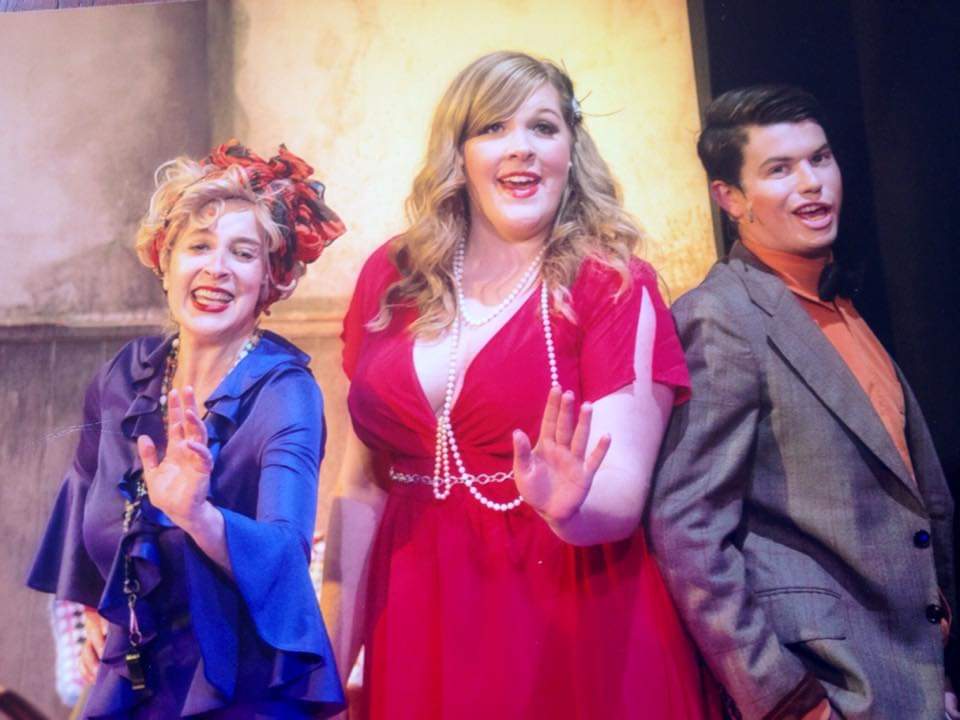 Upon leaving university, I went into the world of education for work but wanted to keep my hand in with the arts. I joined a local amateur theatre company in my area and they became my extended family. Since joining them, I have had a number of lead roles but my favourites would have to be the following: Kate Monster in Avenue Q, Lily St Regis in Annie and Beryl in Made in Dagenham.
We aim to put on two shows a year, but that all had to stop when I became pregnant with Hettie. The pandemic then hit and the company did everything within their power to keep positive. We uploaded a number of songs onto our Facebook platform and even managed to pull together a virtual Christmas show that was a ticketed event via a streaming service. It was all rehearsed outside, in bubbles of 6, due to the restrictions at the time but it went down amazingly with the audience! By this point, Hettie was old enough for me to leave with her dad and it meant I could join them for the Christmas show. In a year of such turmoil, being able to perform with my theatre family meant absolutely everything.
I’m hoping that the theatres and arts venues will be able to open again soon because I know how much they are dearly missed by so many. I’d love for Hettie to see me in my element and maybe even follow in my performing footsteps. But whilst things settle, I will just enjoy looking back through the fabulous memories that I have.

YOU CAN FIND KATIE ON: