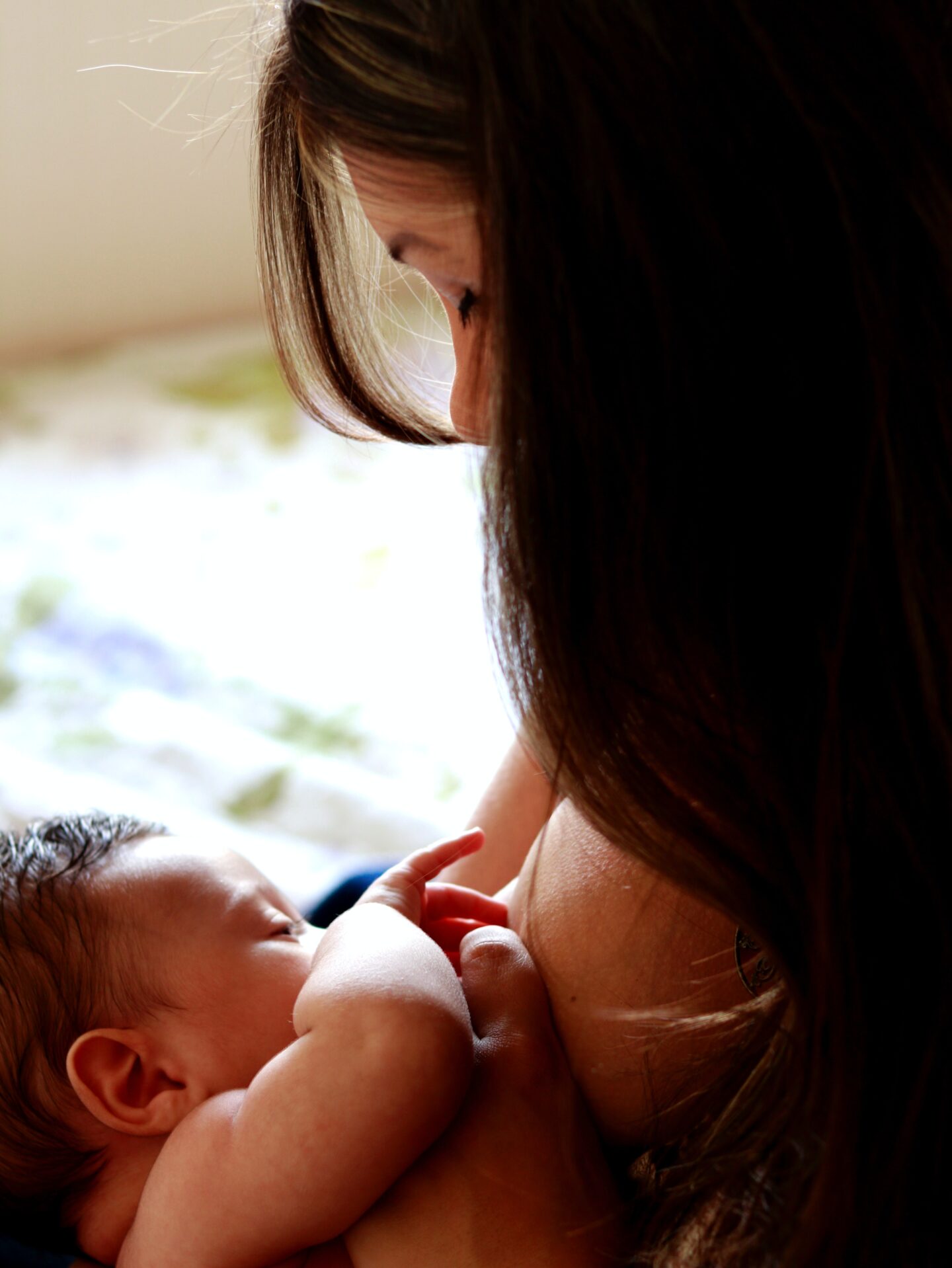 My breastfeeding journey has been far from smooth.  My first had severe allergies: milk, nuts and egg would make her projectile vomit, swell up until she almost stopped breathing and her body was so swollen that I had to call the ambulance when she was six months old.  It meant I had to adjust my diet and the way I fed her.

It also meant that I had to fend off the pressure from some of my extended family to switch to formula, implying that there was something defunct about my milk; to ignore hostile remarks that hurt, slicing through me and cutting me up. To persevere when it would have been easy to give up. And I would have given up had I not reached out to a very loving and supportive group of women ‘The Boobie Buddies’. They became fast friends and I gained confidence in my ability to feed my child the way I needed to, and to stop getting overly concerned with the frequency with vomiting, the clicking noise she made as she gulped more air than she should.  I also learned how to adjust the way I fed her, holding her head at an angle to help her to inhale less air as she fed. Later, with the help of doctors, consultants, allergy and blood tests, I also learned that cutting out dairy, nuts and eggs from my diet helped her to digest my milk.   And now, at five, she is a very healthy child. And our bond is incredibly strong.

Feeding a baby with tongue-tie

The challenge to feed my son was different: he was born with a tongue-tie which was an extreme form of ankyloglossia. But the midwife dismissed it, proclaiming that hers hadn’t stopped her in life. An unhelpful comment, I realised much later…

I was told that if the baby continued to gain weight, the tongue tie didn’t need to be addressed- unhelpful advice, but naively, the advice I followed.

I fed my child around the clock, sometimes every 15 minutes because he wouldn’t feed properly, his gums a vice cutting into my nipples, the Lansinoh nipple cream offering little comfort. I would take a deep breath before feeding, plucking up the courage not to cry, biting my lip and mouthing the words: Don’t be weak. Your baby needs you. Work through the pain.

I continued this way, trying not to get deflated and depressed when he would choke on my milk. Because of my fast let down, he struggled to keep up with my fast flow, the milk gushing and sometimes splashing his face, occasionally vomiting what seemed like the entire contents of his feed, drenching his clothes and mine. I persevered until I thought: I need some help.

So I reached out to a private clinician who helped with breastfeeding and dealt with tongue-tied babies.  My son was 10 weeks old and after a quick examination in which she told me how severe his was, I cried ugly, profuse tears because I had listened to the midwife and mother-in-law and they had been so wrong. I remember telling her between sobs: just snip it.

The baby was horrified; for a few days thereafter, he didn’t trust me, and questioned me when I lowered his little body to my breast. But it passed, and the pain associated with feeding vanished and I felt better. I told no one about my decision except my mother and immediate family. They understood that it was MY breastfeeding journey that mattered, and no one knew better than I did what I needed to do for my son. To date, I have never told my mother-in-law (and have learned that some things are really none of her business).

An advocate for breastfeeding

Looking back, if you’d told me that I would be an advocate for breastfeeding, I would have scoffed in your face. Loudly. Prior to becoming a mum, I had never considered breastfeeding, convinced that all babies thrived on formula and bottled milk, as formula is replete with so much goodness and the most important thing is that a baby is fed, satiated and grows, regardless of whether it is breastmilk or formula that nourishes it. Everyone’s circumstances are different, and the main thing is that you do what works for you.

But for me, once I had my daughter, I knew that I wanted to breastfeed.

I learned about the incredible benefits of breastmilk and our body’s ability to churn out liquid gold that adapts in temperature and antibodies based on a baby’s needs, a never-ending supply always at the ready to quench a hungry babe, distract a terrible tantrum and soothe the most distressed babe. I am who they turn to – they seek out my bosom before they seek solace anywhere else. My son will always place his little hand over one breast, playfully squeezing my nipple as he feeds, because it gives him comfort and it is natural.

The initial suckle of a newborn as they latch onto the nipple, instinctively knowing what to do, is incredible to witness.  Their tiny tongues, undulating like waves, as they suck up colostrum, a mother’s initial milk, is remarkable.  This liquid gold helps combat obesity and diabetes in a child’s later life and it also helps the mother too:  it reduces your chance of lifelong heart disease, and type 2 diabetes whilst also enabling you to bond with your child, lose weight, and helping your uterus to shrink more quickly to its former size. The benefits are undeniable, besides it being a much cheaper alternative. It is, as Medela suggests, ‘the ultimate convenience food’.

Fast forward to this day, and I continue to feed my son on demand- more at weekends and when poorly. I only really pumped for a few months when I first returned to work when he was 8 months old, but he only really fed from me, rejecting the bottled breastmilk, much to my utter dismay (as pumping in itself was a challenge).

If you were to ask me if I’d do it all again, the answer is undeniably yes, because it has been one of the best things that I have done for my kids.

YOU CAN FIND SEHER ON;