As an ‘older’ couple we didn’t want to hang around waiting for the ‘right time’ to try for a baby. So we decided early on in our relationship to come off contraception and let ‘nature’ run its course. And we waited…

Nothing happened- so we decided to be a little more planned; using a Fertility app and peeing on ovulation sticks (oh and obviously having sex) – but still nothing. A year had passed.

So we visited the GP and had some basic fertility checks; blood tests and a semen analysis. We were referred for fertility treatment April 2015 after tests revealed malefactor infertility; analysis showed a near normal count but low ‘normal forms’- meaning that although natural conception was possible, it was unlikely.

Following some more tests; more bloods and tests ruling out STDs and other infectious diseases, specialist fertility blood tests and ovarian scans- we were picked to go ahead with a funded IVF cycle.

We were referred to a local fertility clinic to commence the process. I was told my AMH levels were high (indicating a good reserve of eggs)- but that this possibly indicates PCOS. Further sperm analysis revealed a range of figures- which confused us an didn’t seem related to any health or lifestyle changes. Due to sperm quality we were told we needed to have ICSI- this is when the sperm and egg are not simply put in a dish to do their thing- but that the selected speed is actually injected into the egg.

Our cycle started in October 2018- a few days after a lovely holiday and my birthday. I felt stressed- I wasn’t feeling optimistic or positive, I felt badly prepared and was having increased responsibility at work increasing my stress load further. I hadn’t done that much research and was just trying to ‘go with the flow’. Every appointment was met with nervousness and anxiety from me- my partner tried to help relax me- but there was a lot of tears.

IVF treatment can involve a range of drugs/treatments- from self administered injections, to tablets, nasal sprays and vaginal pessaries or rectal suppositories. The box of drug supplies for a cycle is overwhelming- a huge amount of unfamiliar drugs with a scary amount of needles and syringes! I was fine with the needles and drugs; I’m a nurse, so this part of the process didn’t bother me at all.

It was the mental side of it; after wanting to be a mum for so many years I was so nervous it wouldn’t work. Anxious at every stage and felt it was hard to relax and get rest.

So the injections were ongoing (to grow the follicles and mature the eggs) at each appointment they were counting 30-40 follicles! This was a high number; and they said I was at risk of OHSS ( ovarian hyper stimulation syndrome)- and wanted to monitor me closely- they reduced my dose injected stimulation drugs to help reduce the risk. (Normal amount of follicles is expected to be approximately 10-20). I can not describe the feeling of huge fluid filled ovaries; it was certainly weird and uncomfortable!

The nurse told me ovaries are around the size of walnuts- but after 7 days of stims mine were now the size of large oranges. When I walked quickly I could feel them ‘bouncing’ inside me; and I was told no running or activity due to a risk of torsion.

So I had a scan and blood tests in a Friday; and was due to return on the Monday, on the Monday my scan revealed a shock- massive follicles! The nurse was shocked and said she was unsure how they’d grown so much on a reduced dose- I was surprised, I’d had no dose adjustment. It turns out they left a voicemail that I never received- to half my stim dose!!! I was told to stop stims and await blood results; a call came later that my hormone levels were dangerously high- they were 21,000 and should be less than 17,000. I gad to return to the clinic- I was given a drug called cabergoline to counteract the effect and hopefully stop the likelihood of hyper stimulation syndrome. I took the drug- but was scared; and I had to return to work.

I quickly felt very unwell; I collapsed vomiting at work in the corridor, Nick had to come fetch me. I had such severe vertigo and sickness that I could only lie flat or crawl; I’d never felt so ill. The clinic said it was a severe allergic reaction to the drug; and that I needed to try and drink 3-4litres of water a day. 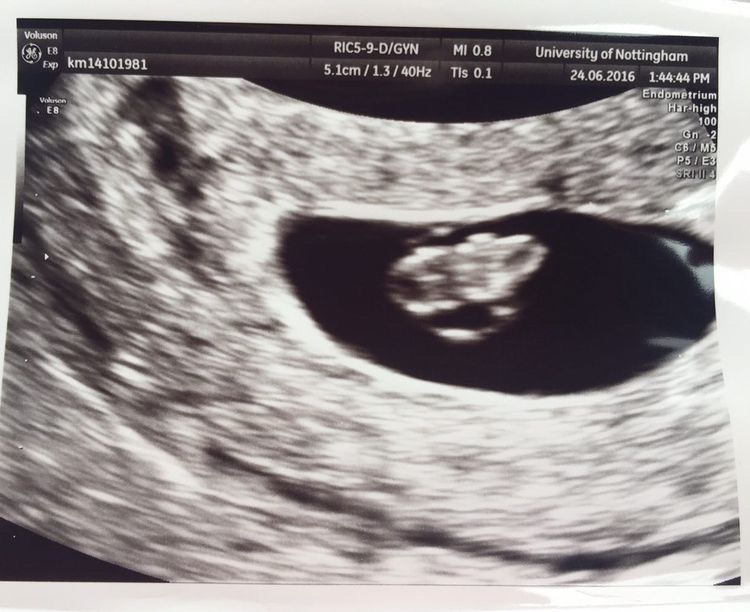 After the great news of 20 eggs- 17 were mature and yet only 7 fertilised. This was gutting!!!! We had hoped to get at least 50%. Then came the wait; we had to wait for a call, hoping that day by day our cells would divide normally. The aim is to get them to a 5 day embryo; called a blastocyst.

On day 3 we had a call- we only had 3 embryos left in the running- and they were not brilliant quality; we were advised to come in for transfer. The risk was if was waiting until day 5 there would be no embryo to transfer. We were gutted.

I remember crying en route to the hospital. Nick played my ‘relaxing IVF app’ but it didn’t help- I was in pieces. So two embryos were transferred; a ‘good’ 8 cell embryo and a fragmented 10 cell (you can tell from the pic that the top embryo looks more equal and the cells are similar sizes).

I remember Nick asking the Dr what we could do to improve our chances; should I rest etc.- she replied ‘either you get pregnant or you don’t’.

Then came the dreaded two week wait- the most awful time; questioning every potential symptom- do I have sore boobs, any pain, is my period coming. 11 days later we got our answer.

We returned to the clinic to have our thoughts confirmed- it hadn’t worked! A urine and blood test confirmed this cycle had not worked. We went home to cry.

Not only had this cycle not worked- but it was our only funded cycle- our only chance of getting pregnant on the NHS. What millions of couples take for granted- having a family- we were going to have to find thousands of £££ for.

Yes- infertility sucks! It affects you mentally, physically and financially. It challenges your relationship, can make you seriously ill and makes you feel like a total failure! Why can’t I do the main thing we were put on this Earth to do. I just wanted a baby- a family!

Have you been through IVF? Did you struggle to conceive? 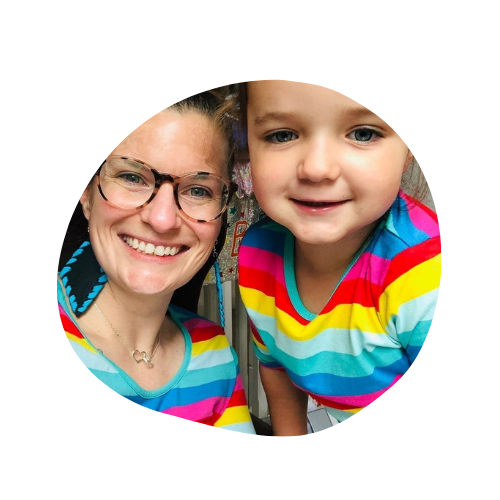 YOU CAN FIND KELLY ON;